The importance of keeping to time when making a presentation – and using an analogue clock!

There was a bit of a debate going at The Magic Circle last week and it was all about timing.  One of the contestants in the finals of the Close Up Magician of the Year had been disqualified for running over the strict time limit, sparking discussion that perhaps we were rewarding clockwatching skills rather than magical excellence. 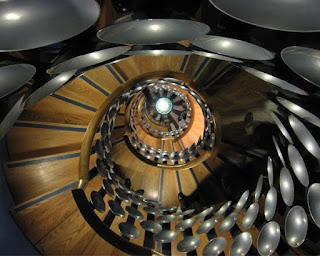 Now, I need to be a bit discreet here.  When I was awarded membership of The Magic Circle I swore to abide the society’s motto ‘Indocilis Privata Loqui’ and a lack of Latin is no excuse for giving away secrets! The nub of the argument on one side, however, was that any performer needs to be highly disciplined and you certainly can’t expect a TV job, for instance, if you can’t stick to a very tight timing brief. On the opposing side, it was pointed out that this was Close Up magic – typically performed around dinner tables and involving a lot of audience interaction where the timing requirements can be hard to predict.

It occurs to me that we face very similar challenges when making business presentations.  Our ‘audience’ has other calls on their time and often need to get away at a given moment; and in a something like a pitch situation there are other ‘acts’ waiting to come on.  Similarly, to be truly engaging you probably need a degree of interaction, possibly encouraging questions as you go, making it more difficult to hit the timing mark precisely.

Good practice aside, the crucial reason for sticking to time is that the most important part of any presentation – and indeed any magic trick – is the way you close.  You need to send them away with your big key message ringing in their ears – like the ‘ta-dah’ moment of a magic trick.  So imagine if you are overrunning your time allocation.  You are going to have to rush your big closing moment; you might even be deprived of it by someone telling you to stop!

So the best advice for ensuring that you come in on time and reap the benefits of doing so is as follows: 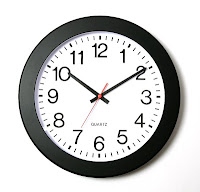 Finally, you obviously need to keep an eye on the time, so have a clock or large watch in view, but make sure it has an analogue display.  The reason for this is that the position of the hands on a clock face sends the brain an image that can be understood at a glance without thinking.  A digital read out such as 10.25, for instance, needs to be fully processed by the brain in order to be understood and this becomes a potential distraction for the speaker.

Posted by Nick Fitzherbert at 12:19