For impact and engagement in your business presentations – go back and learn how to write!

I have spent the past few weeks learning how to write. Yes, almost 40 years after leaving school I have been making a proper study of the English language, this time without looking out the window or passing notes at the back of the class. The experience has made me realise that the tools with which to add engagement and impact to your communication are more plentiful than I thought. Like any good tool, though, they only work to best effect with some technical knowledge and plenty of practice!

I started by participating in an excellent PRCA webinar on grammar.  Reassuringly, I found I was up to speed in this area, but it has already proved invaluable to some of the PR Apprentices for whom I act as Assessor. Next stop was the book The Elements of Eloquence by Mark Forsyth and this has opened my eyes to the detail and depth of principles that I had simply absorbed by osmosis over the years. 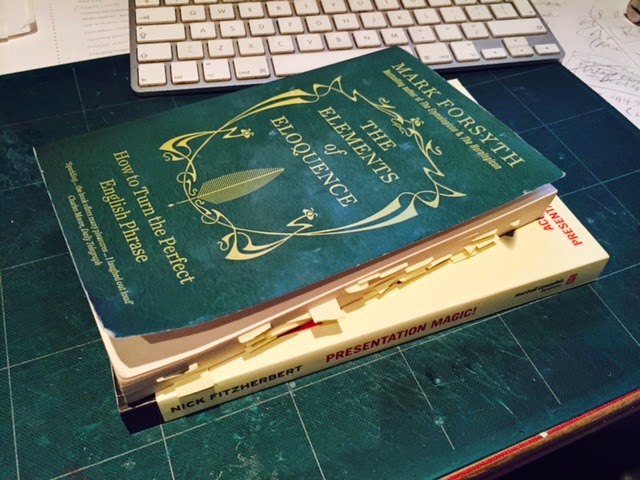 Much to my personal delight, Forsyth starts his book by standing up for Alliteration. Far from sneering at it, as some do, he suggests we should embrace it, just as both Shakespeare and Dickens (Nicholas Nickleby, Pickwick Papers, A Christmas Carol) did. Alliteration, he says, makes your words memorable, with the result that they are believed. Hence ‘it takes two to tango’, even though it takes the same number to waltz and we go ‘the whole hog’ rather than the full pig.

As a presentation skills coach who is always urging people to deploy the ‘Power of Three’, I was pleased to read about Tricolon – ‘I came, I saw, I conquered’. Having always said that it’s about rhythm - two is not enough and four (Tetracolon) is too much information, I was reminded that you need a ‘Rising’ Tricolon to make the Power of Three truly powerful. And by the way, did you know that Obama’s short victory speech contained no less than 21 Tricolons?

To make a proper three-some here, I can also report that the discovery of ‘Litotes’ has caused me to re-think slightly my exhortations to avoid negatives – because they need to be unscrambled before they can be understood. While politicians have used Litotes to good effect, the most memorable example is probably Tom Jones’s ‘It’s not unusual’. However the extreme use of Litotes by the Japanese Emperor in 1945 has served to underpin my anti-negatives stance. Having been hit by two atomic bombs the Emperor announced: “The war situation has developed, not necessarily to Japan’s advantage”.

Other gems from The Elements of Eloquence include: Diacope: ‘Bond. James Bond’; Syllepsis – one word used in two incongruous ways: think Jagger and “she blew my nose and then she blew my mind”; and Anaphora - using the same word at beginning and the end, as Paul McCartney did in ‘Yesterday’.

One of the charms of the book is the many musical references that Forsyth uses alongside extracts of great literature. As he says: “I do not believe that The Beatles had any idea what Andiplosis was, any more than I believe that the Rolling Stones knew about Syllepsis. They knew what worked, and it did”.

So it’s not about being clever and knowing all the technical terms, but there is much to be gained from a bit of pro-active study if you want to give your language a lift. As for how this relates to business presentation skills, I always say that your opening and closing are the two most important parts of any presentation. In order to make them important to your audience as well as yourself they need to be scripted.

Finally, there’s another musical link that led me to The Elements of Eloquence – it came as 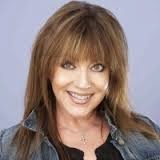 a gift from Lesley-Ann Jones, a great friend who is widely admired for her best-selling rock biographies. I now know a few of the secrets that help to make LAJ such a fine writer. Alongside Freddie Mercury – the Definitive Biography and Ride a White Swan – The Lives and Death of Marc Bolan, her beautifully-crafted words have been wrapped around many of the world’s most famous people and served up in the biggest-selling newspapers. I can’t wait for Lesley-Ann to apply her pen to a novel based on her life or, better still, her own autobiography. If ever you wanted proof of the pleasure and power of good writing, here are some very good starting points: www.lesleyannjones.com; @lajwriter
Posted by Nick Fitzherbert at 08:08