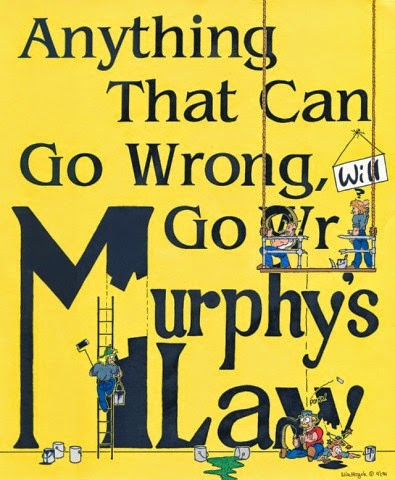 It’s in the nature of life that things go wrong; sometimes they go wrong even when you have made every possible kind of preparation; it’s known as Murphy’s Law – ‘if it can go wrong, it will go wrong’.

So what should you do when something goes wrong in a business presentation?  The simple and best answer is usually ‘nothing’ but this advice can be extremely difficult to follow because our human instincts are to apologise to our audience, share our angst and explain the extent of our disappointment.

I experienced exactly this scenario in the early days of my training career. At that time I used to run video clips from a separate DVD player – to avoid the risk of crashing the computer. I had checked everything was working on arrival, but as I came to cue the DVD I could see that it wasn’t going to work. I kept prodding at the switch and already my audience could tell something was wrong. I apologised for the fact that I was having technical problems and broke off for a moment to check the equipment more closely. Giving up, I apologised again and told them how frustrating this was because it was working earlier and now we would not be able to see the film that etc etc. I was now very much on the back foot. At the end of the day I received generally good feedback, but one person commented: ‘shame the technology didn’t work’, prompting an enquiry from the fee payer as to why everything had not been in proper working order.

Why did I put myself through this? It would have been nice to have shown the film, but not essential – it merely provided a bit of variety and it set me up to make a key point. The audience did not know that I had scheduled a video clip. Had I simply kept calm and carried on when I noticed the cueing failure no one would have been any the wiser. I would have continued in a reasonably relaxed manner and the disproportionate post mortems would have been avoided.

So it takes steely nerves – which come through experience - to carry on regardless of a problem and the best examples I have seen are certain members of The Magic Circle. Inherent in magic effects is a whole multitude of potential pitfalls, which is one reason that most working magicians simplify their routines wherever possible. James Brown is an award winning magician who is known as the ‘Professional Opportunist’ – for all sorts of good reasons, not least his skill at making the best even of a potential disaster. 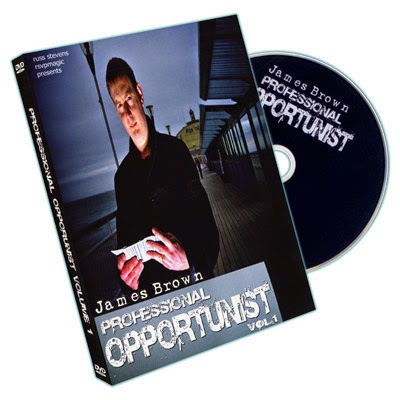 James told us a story one night at The Magic Circle of a situation in which he had to make a playing card vanish using a particularly difficult sleight of hand move.  To his initial horror, he dropped the card. But he realised no one had actually spotted this error; moreover, the person who had selected the card had just shifted forward and was now standing on it. “Keep very still”, James said to his volunteer, “I am going to make your chosen card jump into your shoe”. Some magical gestures followed and the volunteer was asked to carefully remove his foot from his shoe. “Is it in there”? James asked. “No?....it must have gone a bit further”. The volunteer turned over his shoe and triggered applause for a miracle which, unbeknown to the audience, had much greater impact that the intended trick, while also avoiding a disaster.

One final tip. Technology ramps up Murphy’s Law to much greater degrees and there are all kinds of precautions and good practice you can follow. If, however, you are presenting in a scenario where there is official technical support, be sure to know that person’s name (eg Derek) as well as befriend him in advance. This means you will be well looked after and if anything should go wrong you keep calm and say: “Can we get Derek please”? This makes you look in control – however much you might be panicking inside – and it subtly places the responsibility elsewhere.
Posted by Nick Fitzherbert at 11:46