New Year’s resolutions for business presenters – should you drop the PowerPoint?

It’s the time for new beginnings and fresh approaches, so anyone with a business presentation high on their New Year agenda may well be considering some changes in how they address their audiences.

“Should I abandon PowerPoint”? is the question I am most frequently asked by those seeking a radical re-think. “No” is my emphatic answer for most scenarios. What I do recommend to many people, however, is that they view PowerPoint in a rather different way.

You need first to see PowerPoint as a tool that is there simply to help you get your message across to your audience. Too many presenters regard their PowerPoint slides as ‘the presentation’ and the slides end up driving them rather than supporting them. “You are the show”, I tell them! 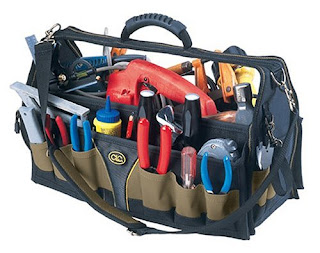 Having re-framed PowerPoint in your mind as a tool, it now needs to be seen as just one of a number of different options within your toolbox. You should really use whatever tool is going to do the job most effectively: that may well be PowerPoint, but it could also be a simple picture on a board, a flipchart, a group exercise, some music or old-fashioned technology such as an overhead projector.

For all my talk of ‘tools’, PowerPoint is really just a ‘Visual Aid’ and the best way to decide where you need Visual Aids – if indeed you need them at all – is to do an initial run through of your presentation without any aids at all. This puts the focus in the right place – on you and what you are saying – and it points to where you need aids. The moment you struggle to explain something or perhaps take too long to describe a feature is the moment you need a Visual Aid. Then you can decide what type of Visual Aid would do the job most effectively in this instance and you can make this decision objectively, without PowerPoint becoming the automatic default.

“So should I give up the bullet points”? is the next question I am often asked. “Not necessarily” is my usual response. Bullet points can actually be very effective in capturing and reinforcing the essence of what you are saying, while also framing related points together in a natural group. Two points are key to doing this effectively:

The moment a bullet point spills over into a second line it loses the majority of its potential impact and audience members are now having to choose whether to listen to you or read bullet points.

To see how this all works I invite you to watch any Steve Jobs presentation. He always uses PowerPoint (or his own Keynote version) but he only ever puts anything on the screen if it is actively helping him – and thereby his audience – at that particular moment. Most of the time it’s about him and his products, along with appropriate props and demonstrations.

One firm recommendation I can make – and something you might like adopt as a New Year’s resolution – is as follows:

Drop the bullet points – and indeed the PowerPoint – from your opening and closing passages. A blank screen as you open enables you to establish a personal connection with your audience members before their attention gets sucked into the screen. Then, as you close it’s time to deliver your Call to Action – the moment at which you need to look them straight in the eye and ask them for something. Generally speaking, that is so much more effective coming from you – speaking straight from the heart – rather than via a bunch of bullet points.

Final question: “How do make that happen from a technical point of view”? Try pressing the B key. For many, one of PowerPoint’s most useful features remains hidden in plain sight.