Is it time to put Corporate Storytelling to bed?

Jargon alert – I’m going to use some corporate buzzwords. Here comes the first one – Have we reached ‘peak’ storytelling?

I ask for two reasons. First, I have long held the view that talk about storytelling in the business world has got out of hand and become increasingly meaningless. I am the first to say - and did so recently in a blog – that nobody’s job is too boring to make an engaging presentation, but attempting it ‘once upon a time’-style is rarely the answer. 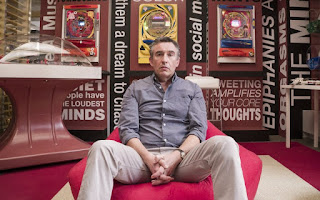 My second reason for believing we may be nearing the end is inspired by what I have been watching on TV. HAPPYish on Sky Atlantic features Steve Coogan and my favourite West Wing actor Bradley Whitford running an ad agency and feeling their age as a pair crazy young Swedes begin to dominate. Only one of the Swedes ever actually speaks, but his response to a campaign idea for Coke was: “We are living in a post-storytelling society; we collect moments”. Then he showed his own YouTube-style campaign idea featuring puppies, and everyone burst into rapturous applause. 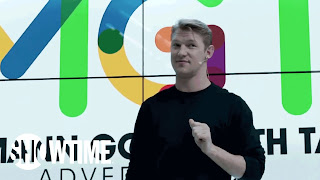 I can’t recommend HAPPYish wholeheartedly. While it is quite thought provoking, it had a shaky start, received some poor reviews and has already been cancelled by Showtime. But it still holds reasonably true that what happens in America hits us soon after and that little Swedish outburst about collecting moments – filmed almost exactly a year ago – does contain some essential truths.

I urge the people I coach in Presentation Skills to tell stories – but as a variety of moments rather than in one big storytelling arc. Overall they generally need to approach their presentation Army-style – tell them what you are going to tell them; tell them; then tell them what you have told them ie full of spoilers. Along the way, though, they need a series of stories, because that brings the triple benefits of illustrating what they are saying, making it feel real and engaging the audience.

There is a further advantage to inserting story snippets into a presentation. In order to engage your audience and hold their attention you need to vary your vocal tone. This happens almost automatically when you move from the ‘general narrative’ of a presentation to a ‘story snippet’. Your voice changes to a different, slightly warmer tone, before moving back - again automatically - to a more assertive mode for the general narrative.

So storytelling does have a role to play in corporate communication – just not quite the role that continues to be so regularly trumpeted. I am going to end on another piece of jargon; in fact, I’m going to invent a new piece of jargon: Storygelling. Do you see what I did there? It’s a technique I used in my PR days called ‘Familiarity with a Twist’. I believe this word can help to sum up my approach to using stories in presentations. Deploying a series of small stories can bring two main benefits 1) make the overall presentation gel together 2) make the presentation gel with the audience. And the person telling those stories can carry on presenting happily ever after – not just HAPPYish.
HAPPYish is currently being broadcast on Wednesdays on Sky Atlantic with double episodes at 10 pm and 10.35 pm. You can also binge the entire series via the Sky’s Box Sets facility. The episode referred to is no.8 – due for broadcast on April 20.

Posted by Nick Fitzherbert at 08:44