I was attending a music industry lunch recently and found myself surrounded by famous, if ageing, faces from the 60s and 70s. As the time to sit down approached the host asked me: “Where’s Noddy?” I pointed him out and the next thing I knew was that we were being called to order by none other than the great Slade singer Noddy Holder. Why strain your own vocal cords when you have the loudest voice in pop music at your disposal? 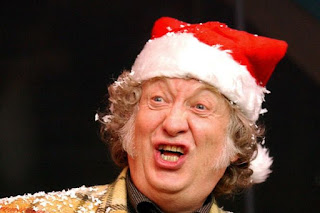 It reminded me of the opportunities that can arise for adding impact to your presentation by exploiting your own assets, the occasion itself and even the venue. Equally, there can be situations in which you would fall down by failing to embrace what is going on around you. If a key news event has occurred that day, the journey to the venue had been particularly difficult or something extraordinary had happened with the weather, you really need to make some mention of it, even if only to get a burning topic out of the way. This creates empathy with your audience because you are acknowledging a shared experience.

What I am talking about with Noddy Holder-type situations is seizing bigger opportunities. Among the examples – both seized and missed – that I have seen in my Presentation Skills training sessions are:


So the opportunities available to you may seem trivial. They may have become ‘invisible’ to you through over-familiarity. But it will all be new and potentially interesting to your audience. So be sure to make the most of your assets, the surroundings and anything that simply falls into your lap!
Posted by Nick Fitzherbert at 07:55