The post-truth lowdown on the Christmas story

By any reckoning 2016 has been a pretty dreadful year for most of us, so there’s all the more reason to have a really good Christmas and start looking forward to better times in 2017.

One thing we are going to have to get used to, however, is living in a ‘post-truth’ age, which Wikipedia defines as follows:

campaigners continue to repeat their talking points, even if these are found to be untrue

debate is framed largely by appeals to emotion disconnected from the details of policy, and by the repeated assertion of talking points to which factual rebuttals are ignored

Now, at the risk of ‘bah humbug’ accusations, it occurs to me that post-truth has been applied to the Christmas story for more than 2000 years.

What brings me to this conclusion? A rather wonderful new book called A Christmas Cornucopia by Mark Forsyth, who gets to the bottom of the traditional Christmas story with a lot of detailed research. 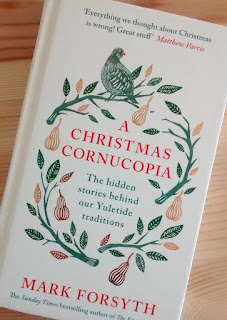 Among the Christmas myths busted by Forsyth are:


What makes A Christmas Cornucopia so enjoyable is that Forsyth combines his research with large doses of humour and affection. Among the origins he investigates are: Round Robins, Christmas Cards, Carols, Father Christmas, Santa’s Grotto and Elves, Rudolph and ‘his’ red nose, Crackers, Dried Fruit, Christmas Puddings and their sixpences and Boxing Day.

And, by the way, a ‘proper’ Christmas tree should have a snake in it!

It’s all great stuff and for me takes nothing away from the fact that I absolutely love Christmas. So be sure to have a very happy one yourself and if you click on the link below you can see me creating a Christmas card with the help of some technology and a little bit of magic!