If I had to pinpoint one simple ‘secret’ to successful presentation it would be this: Know what you are going to say.

The trouble is that I could never suggest such a thing – because it appears far too obvious! The fact is, though, that this is the most common way in which people let themselves down when giving a presentation.

I am frequently asked by friends and acquaintances for my opinion of a speech or presentation they have just made.  All too often you can sense they feel disappointed in themselves and my truthful answer is: “You didn’t really know what you were going to say, did you?”.  Their response is usually along the lines of: “No, I’ve been so bus; I didn’t have time to rehearse; I had a look through on the train; etc etc”.  Unless you get really lucky, such lack of preparation – and proper construction - will always show.

Part of the problem for ill-prepared speakers is that they see top rated stand up
comedians who work in a long form, conversational style – people like Billy Connolly, 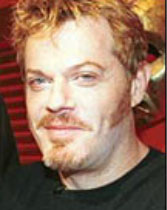 Eddie Izzard and Robin Williams - and it appears they are making it up as they go.  In reality, if you go to see any of these people on the second, third or fourth night you will invariably find that the content is remarkably similar, right down to apparent mistakes and interruptions.  If they do ad lib it is a) because they are geniuses at what they do and b) because they have a well defined structure around which to work.  If they see the opportunity for an ad lib – and experienced comedians often have a ‘bank’ of apparent ad libs on which to draw – it is because they know they can risk stepping out of their planned structure because they can easily get back into it.  Furthermore, the planning and plotting that goes into the structure introduces the pacing, the points of emphasis and the subtle cues that make all the difference to the end result.

So should you work from a script?  The short answer is ‘yes’.  I take inspiration from the best magicians and I was privileged to attend the first lecture given to magicians by Derren Brown.  In those pre-TV days he wrote two books of performance advice for magicians.  Again, I am lucky enough to have rare, signed first editions.  Here is what he had to say about scripting: 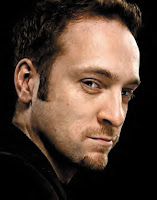 The key to achieving good spontaneity is very good scripting. The point of scripting is that you know you can go out on a day that you’ve got a terrible cold and you’re feeling terrible, and do your best show.  And on a good day you go out and you do that show, and a hundred adlibs occur to you, they’re great and they form part of the show the next time, they get added to the script. It’s not about killing spontaneity, it’s about setting the framework as best as it can be, to allow you to have the confidence to move into other areas.
The trick, therefore, is to start by planning and plotting your words in fairly fine detail.  Then – practice until you are so familiar and comfortable with the words that they come over as completely natural.  The fact is that if you want your presentation to seem informal and ‘off the cuff’ – while being truly engaging and effective – you need to fake it.  So it needs more preparation time, not less!

Posted by Nick Fitzherbert at 10:01