Firsts and Lasts – how Mick Jagger, Michael Caine and the best magicians make themselves memorable

“As long as you make a good entrance and you go out with a big finish, it almost doesn’t matter what you do in between”.  So said Geoffrey Durham, the magician formerly known as The Great Soprendo, as he lectured members of The Magic Circle on the art of stage craft.  Durham’s quote chimed perfectly with my observation that ‘firsts and lasts are remembered’.  This had become Rule 13 in the Rules of Magic that formed the basis of both my training programmes in presentation skills and my book Presentation Magic.

Wayne Dobson was one of the first magicians to bring the Firsts & Lasts principle to my attention.  Having enjoyed huge success on TV and in Las Vegas in the 1980s he is now sadly confined to a wheelchair as a result of Multiple Sclerosis, but he remains active in the magic world as an inventor and lecturer.  It was at another talk one night at The Magic Circle that he shared a detailed description of what for many years has been his opening trick.  He told us how to do it, but more importantly he told us why it features as his opening trick. “I want to get the audience to like me”, he said, “and once they like me, I can do more or less what I want”. 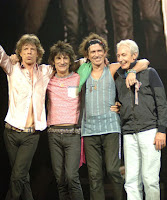 I soon realized that the principle also holds good with my other great love, which is music. Experienced rock bands know that as long as they come crashing on with a big number and go out with their greatest hit, they can get away with murder in between, committing such crimes as playing the whole of their new album.  And yet people still go away with good memories!

Away from show business, but coming from a movie star, I also uncovered the Firsts & Lasts principle in the catering trade.  “Do you know”, said Sir Michael Caine recently, “the secret of a successful restaurant?  Great bread and fantastic coffee – the first and last things that you experience”.

Feeling that I had unearthed a universal truth, I revealed my findings to Khalid Aziz, chairman of the Aziz Corporation, the executive communications specialists who let me loose coaching some very blue chip clients.  They make a point of coming at communications training from a variety of different angles, so they like it when I get clients doing magic tricks as well as business presentations – it helps to bring their personality to the fore and awakens them to the need for a ‘big finish’ in any kind of presentation.  Khalid brought me back to earth, however, saying: “that’s what psychologists call ‘Primacy and Recency’ and it’s used in areas such as calculating optimum break patterns for exam revision”.  Back at The Magic Circle, I let Geoffrey Durham know that there is an official name for what we had been calling ‘Firsts & Lasts’.  He confessed he had never heard of the term, and the principle had simply become instilled in him through a lifetime in show business. We both felt pleased, however, that the psychologists had endorsed what we had been espousing.

So, if you have a presentation to make, be sure to focus your preparation time on how you open and the way in which you plan to close - that is what your audience is going to remember.