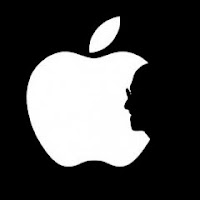 Despite – or perhaps because of – the fact he is no longer with us, Steve Jobs remains a hero to many.  I certainly include myself among that number – I am writing this on an iMac as I listen to some iTunes form my iPod.  And my house has an array of other iGadgetary on which my whole family have become scarily reliant.  The main reason for hero status in my mind, however, was his presentation skills.  Jobs communicated like the very best magicians and he therefore remains the most brilliant example for me when I coach the business community in applying the Rules of Magic to their communication.

Long before I was fully aware of Steve Jobs, James Randi, a wise old guru of the magic world, declared: “Magicians are the world’s greatest communicators; it’s just that everything they are telling you is wrong”.  I had been struck by the magic bug midway through a career in public relations, so Randi’s words caught my attention on two fronts.  The more I learned about magic, the more I concluded that many of its principles for directing attention, persuading and convincing were rather useful in real life and Randi seemed to be confirming my belief.  Once I gained membership to The Magic Circle I was able to extend and refine my research into the Rules of Magic, which now form the backbone of both my coaching for business people and my book Presentation Magic.

Subsequently I found that Steve Jobs was applying many of the Rules of Magic in his new product launches.  You can see this clearly in one of his finest presentations – his launch of the MacBook Air.

First, Rule 5: Concentrated attention requires a single point of focus.  Notice the way he handles the MacBook Air; indeed look at any picture of him displaying any Apple product and you will see that he holds them close to his face, straight and still for prolonged periods, complete with contrasting backgrounds to make them stand out.

Then he takes Rule 5 a step further by creating a single point of focus mentally as well as physically.  His presentations are invariably long, detailed and technical, but he wraps up all the detail in one simple sentence.  In this case it was: The world’s thinnest notebook.  All the words, the graphics and the props were about thinness.  Making the thinness message so powerfully memorable had the effect of triggering many other memories: it’s the thinnest and yet it has a full-sized keyboard; it’s the thinnest and yet it’s as powerful as anything in its class; etc. 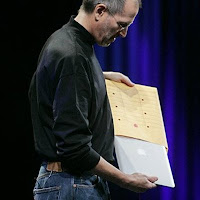 Jobs concludes his presentation by deploying one of magicians’ most subtle yet effective tools - the power of suggestion.  Rule 19 of the Rules of Magic states: People put more reliance on something they have worked out for themselves.  This is where, having focused long and hard on just how thin the new product is, he finally produces it – from inside an ordinary manila envelope.  The first thing this does for his audience is to engage their visual sense (Rule 12 – The senses offer five different ways into the brain).  Most importantly, though, it allows them to work out for themselves – just in case they remained in any doubt - that this new product really is thin!  He has already provided details of its measurement and its proportions compared to competitors, but all that could potentially be just clever chat.  Seeing it actually coming out of an envelope confirms in the mind of every audience member that this truly is thin.  Furthermore, it fixes a visual memory of that fact in their minds.

Every magician works towards a ‘ta-dah’ moment that they want their audience to go away remembering.  The production of the MacBook Air from an envelope was Jobs’s big ta-dah moment.