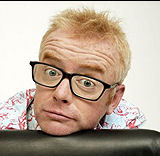 Britain’s most popular broadcaster made an apology to his audience recently as he admitted learning a lesson from watching himself on the iPlayer. It’s a lesson that business presenters could also find useful and, while I am not always a great fan of filming yourself, this is one of the best reasons for getting the video camera out.

This particular lesson was all about ensuring that your facial expressions and body language match the message that is coming from your lips. I find this comes up most frequently when I am coaching Finance Directors as they prepare to present their company’s latest results. Rightly, they see this as an important matter – they are reporting back to shareholders and they need to do so with suitable respect and gravitas. But I sometimes find myself having to play the role of financial ignoramus and ask follow up questions such as: “those are good results aren’t they?”. “Oh yes”, they respond, now with a sense of glee, “they’re awesome”.  To which I say: “Well let’s see some of that excitement in your face and hear it in your voice then; and even somebody as stupid as me will get the message!”.

Gradually they get the point, but it’s only really when they watch their performance on video that the penny drops fully. So I was delighted to hear Chris Evans admit that he sometimes has a similar problem. He told his radio listeners that he was so pleased with a TV piece he had done for the One Show that, for the first time ever, he had watched himself back on the iPlayer. To his horror, he realised that he had failed to smile as he welcomed viewers to the programme. “Sometimes”, he explained “you have so much going on in your head that you forget to let your body show the world how you are feeling”.

If a presenter as experienced as Chris Evans can suffer from this affliction, then the rest of us who get up and speak on a more occasional basis must be highly susceptible. I’m not going to start banging on about that ancient research which suggests that only seven per cent of our communication comes from what we say, but we do need to think along the lines of, perhaps, a ‘pre-flight check’ whereby we ensure that all bodily communications devices are fully operational before taking flight with our presentation.