Charles Saatchi highlights the difference between advertising and PR 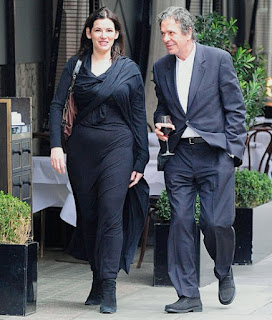 He's clearly the master of the great copyline, but Charles Saatchi has proved this week that he's not so good a PR.


Having been caught on camera with his hands around the throat of his National Treasure wife Nigella he has been attempting to explain himself with references such as: "it looks horrific but....it was a playful tiff".

The most effective statement reported so far is that "we had made up by the time we were home". A PR strategist would have told him that what he needed next was some kind of move that makes this claim self-evident. Then he would have a chance of the story blowing over and being perceived as a 'non-story'.  Instead he is quoted as having said: "...I told Nigella to take the kids off till the dust settled". Told Charles?! How about 'suggested to her" or even "I arranged for Nigella to get away for a while". Evidence that no one was convinced by this comes with the ending to the Evening Standard report: Ms Lawson has no immediate plans to return home.  Her agent declined to comment this morning.

So what should have Saatchi done? Well, it would not have been a good idea to pose on his doorstep, smiling and hand-in-hand in the style of a disgraced MP returning to the roost. All he really needed to do was return to Scott's for Sunday lunch to show 'business as usual' and maybe we would have believed that it really had been a playful tiff and they had made up by the time they were home.
Posted by Nick Fitzherbert at 08:11