Say your words out loud as you write your business presentation – but hold back on ‘Sorkin-talking’!

As HBO’s The Newsroom returns to US screens, with a UK premiere on Sky Atlantic planned for August, fans of the series will be hoping that writer Aaron Sorkin has not sustained any injuries this time. The screenwriting legend, who most famously created the West Wing, is a great advocate of the technique of saying the words out loud as he writes them. He says: ”My writing process is physical. I stand up and talk.” 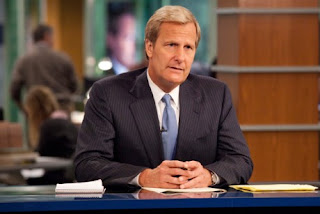 This may help to explain why the West Wing had so many scenes with the lead characters walking along corridors! During the writing of The Newsroom Season 1, however, he reportedly took the principle to a new level and sustained a broken nose as he played out the lines of his angst-ridden hero Will McAvoy.

Back in world of writing business presentations, saying your words out loud as you write them brings a number of different advantages. It helps to keep your language conversational and plain-English in style, with words that are short, easy to say and easy to take in.

While Emailing and texting have shaken up the way we use the written word, there is still a tendency to dress our language in a ‘cloak of formality’ when we lay it out on a page and words such as ‘hereinafter’ and ‘aforementioned’ start to creep in. These are perfectly good words but you wouldn’t generally use them when having a conservation so they are going to sound stilted in a presentation. 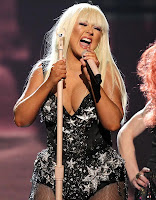 Saying your words out loud also helps you identify any potential tongue twisters that might look perfectly harmless on the page but slap you around the mouth when you come to say them out loud. I once slipped some specially tailored material into a presentation at a late stage without saying it out loud. When I came to say ‘incongruities’ my tongue simplified refused to say the word that my brain was sending it.  And I shouldn’t have been saying it anyway; when did I last go home and say “I’ve had a really tough day, just one incongruity after another!”?  Another time I tripped up was the first time I said the words ‘Christina Aguilera’ out loud; unfortunately I was speaking live on national radio at the time!

Finally, saying your words out loud as you write them brings the additional benefit of helping to avoid unfortunate mis-pronunciations. The fact is that when you are under pressure your brain and mouth don’t always synchronise in the way you had planned or expected. ‘Organism’ is a classic banana skin and, after a famous incident on BBC Radio 4, presenters throughout the media now dread the prospect of interviewing Health Secretary Jeremy Hunt. And the more they worry about committing that particular clanger-in-waiting the more likely it is to happen. It’s difficult with a name, but if ever you are faced with such a challenge find a substitute word – you will be defusing a potential time bomb.

Posted by Nick Fitzherbert at 14:57