Last week I promised to reveal how you can blank out the screen when using PowerPoint – so as to bring focus back to yourself and clear away any distractions.

You simply press the B key and it blanks the screen; press it again and the image returns to the screen. Similarly, if you press W it whites out the screen.


This facility is built into PowerPoint but few people know about it. I have asked audiences numbering one hundred for a show of hands as to how many people know what happens if you press the B key and had a mere three or four responses.

The greatest need I have ever seen for the B key during a presentation was when a PR man was talking through his consultancy’s credentials. Very appropriately, he said: “Before I conclude, let me tell you about some of the fun things we do” and right on cue up went a picture of some professional women enjoying a night out. 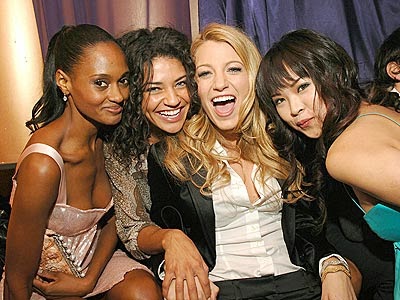 He continued: “We find this is a really god way of connecting with one of our key target audiences, many of the journalists we deal with are women etc etc. So, why should you appoint us? Well, three reasons: first…..”. At the crucial moment of his ‘Call to Action’ nobody was paying attention to what he was saying – they were still looking at a picture of attractive women! Had he used the B key at that point, the distraction would have been cleared away and attention would have come back to him with the additional benefit of the now blank screen indicating ‘change of mood – this is where we get serious again’.

Finally, it can take a while to get used to using this nifty little tool and I have even heard people say: “But I can’t keep turning it off”. My response is “Don’t think in terms of turning it off; focus instead on turning it on when – and only when – you actually need visual support”. Then I show them how Steve Jobs used to deliver his brilliant product launch presentations and I say: “Notice how he never puts anything on the screen unless it is actively helping him at this particular moment”.

Posted by Nick Fitzherbert at 08:38