Singer James Blunt has rightly been lauded for the brilliant way he communicates via Twitter. Far from shying away from so-called ‘trolls’ he actively embraces them, with replies such as this particular favourite of mine: @hettjones: James Blunt just has an annoying face and a highly irritating voice

Much has been made of Blunt’s wit and clever self-deprecation, but there is actually a valuable lesson for business communicators here. Most people prepare for a presentation by putting high focus on the message they want to get across and the means (mostly technological) by which they are going to do that. These people have already made a fundamental mistake, because the first thing you need to think about is your audience: Who are they are? What do they already know? What do they think? What are their beliefs and prejudices? etc, etc. Only when you have addressed questions such as these can you really start to craft your message in a way that will engage your audience. 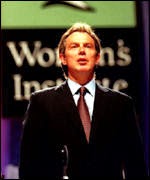 The classic example of failing to think first about the audience was when Tony Blair addressed the Women’s Institute. One of the most successful communicators of the modern age, who happened also to be the Prime Minister, ended up being slow handclapped. The reason was very simple – he delivered his usual political message without any proper regard for the make up of his audience. And yet, had he sought a briefing from an appropriate adviser, he could probably have delivered fundamentally the same speech; it just needed to be tilted in the direction of his specific audience on that day. James Blunt focuses on his audience in two ways. First, he engages directly the person attacking him. Second, he uses his ripostes – knowing them to be witty and highly shareable – to address an image problem he has been experiencing with the wider public. And of course, it just so happened that he had a new album ready for release. How much better is it going to be received when thousands of people are discussing James Blunt in a new, much more positive light?

So, engaging directly with your detractors is a risky strategy that is not necessarily to be recommended. But you are never going to truly engage an audience unless you have first worked out - however painful the process may be - what is already going on in their heads about you and the topic of your talk. 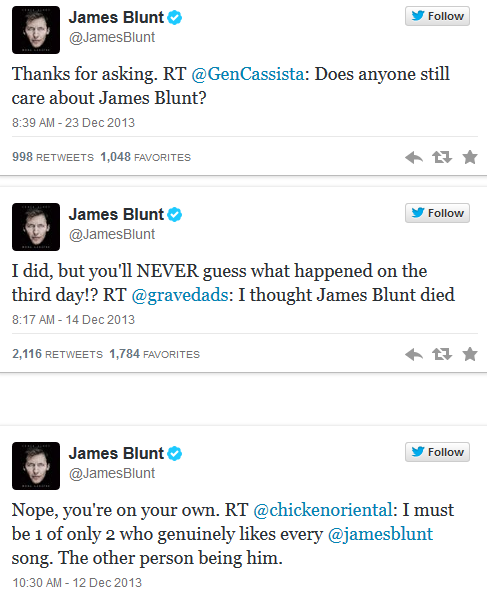 Retweeted by James Blunt
Phil Jerrod @PhilJerrod · Jul 5
James Blunt just came onstage at Hop Farm. Had to step on a few toes, but we've managed to fight our way to the back.

Posted by Nick Fitzherbert at 08:22