I caught up on some reading over the break and especially enjoyed ‘Right or Wrong – The Memoirs of Lord Bell’ by Tim Bell, who for the past 40 years has been at the forefront of advertising, PR and politics. He also has legendary status as one of the greatest of all business presenters, deploying charm to the extent that dogs are said to cross the street to be stroked by him!

The book has actually received some mixed reviews, but for me any deficiencies in pacing and completeness are more than made up for by sometimes wonderfully indiscreet tales of cold calling FW de Klerk, Thatcher’s drinking habits, how the Westland crisis could have been avoided and behind the scenes manoeuvres with the likes of Hanson and Fayed. He also explains how and why he shifted from the advertising business to PR. It’s actually a tamer version of the story he told when I asked him myself at a talk he did with Professor Trevor Morris at Richmond University towards the end of last year.

I had briefed two PR students who were accompanying me that Tim Bell had been super-successful in advertising, having effectively been the ‘third Saatchi brother’, but then switched to PR, probably having ‘seen the light’ while managing Margaret Thatcher’s election campaign. So I asked him: “Was there a specific moment – possibly during the election campaign - when you had an ‘epiphany’ that PR was the way forward”? “Well not really”, he replied, “the truth is that I was working with Frank Lowe and he didn’t like the fact that I was getting the credit for the company’s growth, so he said ‘you’ve got to go’! The solution we worked out was that I would run the PR companies we had been acquiring and leave him to focus on the ad agencies”.

All my nicely constructed theories about Tim Bell leading a progressive shift from advertising to PR went out the window! Was this proof of the theory that you should never meet your heroes? This had happened to me on a previous occasion when I quizzed Alastair Campbell on the intricacies of his famed Downing Street ‘Grid’ system for news planning. It turned out I had been giving him rather more credit than he was due!

Actually, I was delighted at the frankness of Lord Bell’s response. By being so open it made everything else he said all the more believable. When coaching business people in presentation skills I often encourage them to ‘let a light in on themselves’. Find a way, I say, to weave in a few relevant facts about your personal life. Then your audience will warm to you – one day dogs might even cross the street for a stroke – and everything you say will come over as more convincing. 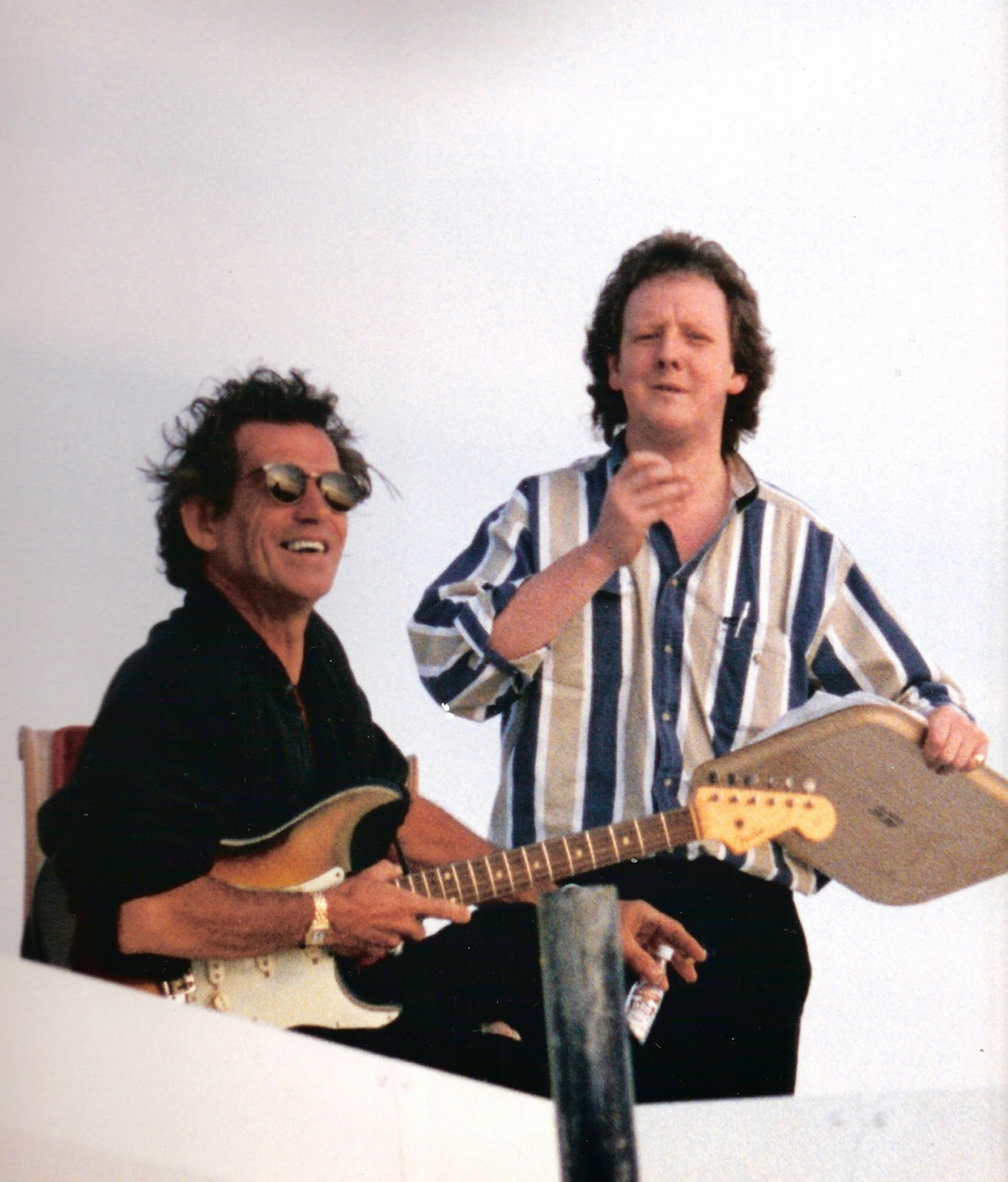 Finally, I should say that I abandoned belief in the ‘Never meet your heroes’ theory back on the early-90s when it nearly caused to miss a meeting with Keith Richards. He turned out to be everything I had hoped and much more besides – including funny, erudite and beautifully mannered. He was also more than happy to pose for what we now call a ‘selfie’.

Posted by Nick Fitzherbert at 11:01