Watching the news tonight I was dismayed at the complete lack of creative thinking currently being applied to some high profile issues. I should declare upfront that, alongside my work as a Presentation Skills coach I train PR people in Creative Thinking. 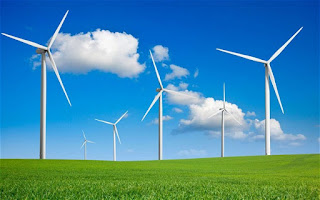 from subsidising onshore wind energy facilities. NIMBYism is apparently one of the big problems – people just don’t like the look of the giant propellers than generate a cheap, clean energy. There was much talking around the subject but no one seems to be considering this: what might be done to make them more attractive? We like the look of windmills – artists paint pictures of them and they make the landscape look beautiful. Might there be a way of achieving a similar result with the modern day version? The answer may be no, but let’s at least consider it. 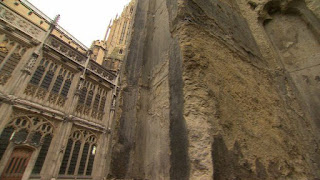 Issue number two – the Palace of Westminster is crumbling. It’s going to cost between three and seven billion – yes, billion - pounds to repair it.  Depending on various options it could take anything from six to thirty-two years to complete the work. What is missing from this information? Answer: how much it would cost and how long it would take to pull the whole thing down and start again with a building more suited to today’s needs.

Now, no one likes a bit of history and heritage more than me and I would be very sad to see the wrecking balls applied to the ‘Mother of all Parliaments’. But if you are going to have a proper debate you need to consider all the options, including the so-called ‘nuclear’ options. Considering extremes is a very effective way of both stretching the imagination – you think of all kinds of potential solutions; some of them will be a bit mad and you may not actually use any of them, but it will help to bring fresh thinking to the problem. Extremes are also useful for putting things into perspective. It might be, for instance, that it is cheaper to repair than to rebuild, in which case the current shocking figures can be presented as a bargain. It might be that it is slightly more expensive to repair than to rebuild, in which case the whole focus can be on the difference between the two costs rather that just one big, horrific number.

So we are now getting into communication issues here as well as the need for creative thinking – which is why the whole thing both fascinates and frustrates me.

I have a quick, potentially highly effective solution to propose. Have a dip into any of these books:  One + One = Three, Predatory Thinking and Creative Mischief. You will soon see that their author, the advertising legend Dave Trott, is brilliant at thinking sideways and back to front – never mind outside the box – to come up with solutions to any kind of challenge. Give Dave a peerage and appoint him Minister for Creative Solutions without delay.

Posted by Nick Fitzherbert at 20:41