Getting your message to hit home by making it personal - Part Two, as rockers rally for Prostate Cancer

At the weekend I finally took the decision to get myself checked for Prostate Cancer. I was attending the second annual Rock’n’Horsepower concert in aid of Prostate Cancer UK, where the big message is “we always need your money, but most of all we want to raise awareness of your need to get checked”. 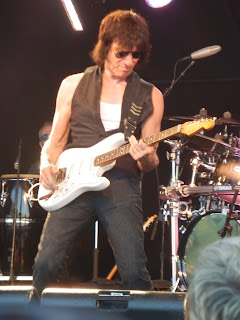 I attended last year too and some of the world’s biggest rock stars including Jeff Beck and the Who played some fantastic music, punctuated by pleas to get ourselves checked. Did I get myself checked? No. Looking back at my failure to take action got me thinking about the communication issues of mobilising people to act on their health.

I returned this year to enjoy some more great music in the most wonderful setting. By happy coincidence Kenney Jones, drummer with my all-time favourite band The Faces, not to mention the Small Faces, the Who and his current band the Jones Gang, set up a polo club just along the road on which I grew up. Back in the 70s I could never have dreamed that I would one get to hear many of musical heroes in my backyard. So I pop in to see my Mum, who can hear it at gentle volume from her garden, and then amble along to Kenney’s Club.

The point is, I was not really thinking about Prostate Cancer, even though Kenney himself has recently recovered from it. Most of the people appearing, such as members of UB40 and the Average White Band, Steve Harley and Procul Harum slipped in mentions of the need to get checked. Some supplemented these with a very convincing ‘it just needs a blood test’ and Steve Harley raised money by auctioning his guitar. 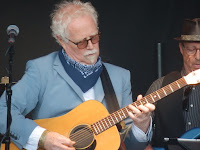 Two things spurred me into action this year. First, the MC reminded us that Alvin Stardust had performed last year and within weeks he was dead – from Prostate Cancer. His wife came on and sang two terrific songs in his memory. Then, towards the end Jim Cregan, long time Rod Stewart and Steve Harley collaborator and guitarist with the house band on Saturday night, came forward and told his story. “I was here last year”, he said, “and I didn’t have Prostate Cancer. Now I do, I’m recovering but I do have Prostate Cancer. I played a concert to raise awareness and never got myself checked”. 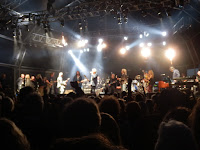 So I had finally been convinced, but my musings on why it had taken me so long led me to conclusion that, sadly, highlighting some victims and urging everyone else not to fall into the same trap is not quite enough. We need to normalise the notion of getting yourself checked. So my communications recommendation to Kenney Jones is as follows: Please Kenney carry on the concerts and ideally get Rod and Ronnie along for a Faces revival next year; bring back Jeff Beck as well and you can make it truly historic with a simultaneous reformation of the Jeff Beck Group. BUT – even though you are already asking favours – don’t let anyone play a note until they have told the audience that they have been for a check up themselves. Then get them to add a few brief details to convince us and show how simple it is. Then we will truly be ‘all in it together’. 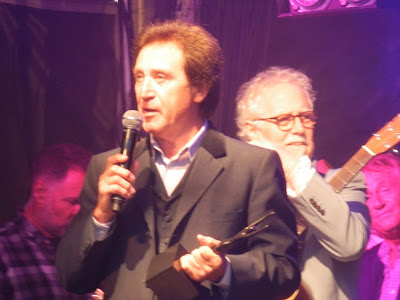 Posted by Nick Fitzherbert at 10:01