I have been catching up on some musical memories and in the process discovering Mick Jagger’s tips on audience management, which chime very nicely with the advice I give to business presenters. 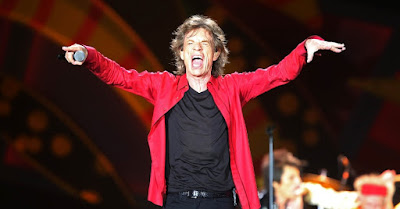 To my great delight my son Louis has turned into an even greater Rolling Stones fan than myself, so for his recent birthday I gave him the latest box set of DVDs, amongst which was the Brixton Academy gig that I was lucky enough to attend in 1996. Aged just two at the time, Louis had been young too attend.

Also included was some great documentary material, with Jagger’s explanation on audience management including the following:

“I see it as one big animal and I focus on individuals too to ensure I’m getting close contact. I also do groups because you can spot little gangs and treat them like that. I don’t like seeing friends and family because you can’t be so daft….”

Let’s break that down into separate components:

I see it as one big animal

I say that you have to be sure to address everyone in the room in a business presentation, probably making a special effort to acknowledge those at the back and to your extreme left and right. I urge presenters to spread their eye contact far and wide because it is so easy for audience members to feel left out. If there is no audience available in a practice session and the speaker is struggling to imagine the situation for real, I get out my set of celebrity masks and fix them to the backs of chairs. Then the feedback tends to be along the lines of “much better, but Prince Philip and Sir Alex are still feeling rather excluded”!

and I focus on individuals too

I also do groups

I say you need to establish clearly up front whether you are happy and able to take questions as you go. Nevertheless, you should always seize on any opportunity for direct engagement with audience members, especially in groups.  You can empathise with them and bounce off their energy. Played right, the rest of the audience will feed off and add to that energy and the group members will feel special, be the first to applaud and they will talk about you afterwards.

The challenge with Presentation Skills training and rehearsals is that you are usually performing in front of colleagues. People expect this to be a safe option and are a little baffled when they struggle. I explain that it is generally more difficult presenting to people you know because there is often some sort of ‘agenda’ between yourself and individuals in front of you. You will be coming to a particular passage and thinking something like ‘I know Sarah/whoever doesn’t like this idea’ so you will steer your eye contact in another direction and hold back a little in your delivery. It is much easier when you have a ‘blank canvas’ in front of you and can proceed unfettered.

Even, it would appear, if you happen to happen to be the front man of the world’s greatest rock ‘n roll band, with more than half a century’s experience under your belt! 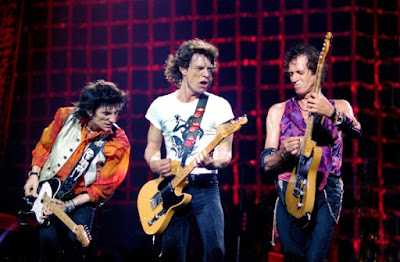 Totally Stripped, the latest box set from the Rolling Stones can be found here: http://tinyurl.com/jechpd7

Posted by Nick Fitzherbert at 07:50