I’ve been on a speaking assignment to Bulgaria and, as always when venturing abroad, I have learned a few new things, not least about differences in communication styles. 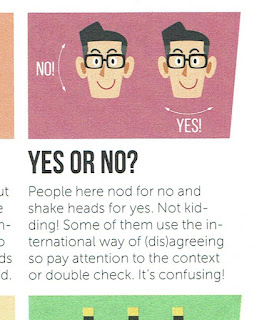 A very handy little guide I was given on arriving at my hotel explained that Bulgarians nod for ‘no’ and shake their heads for ‘yes’. I wish I had known this when working some years ago with an asset management executive who displayed exactly this trait. Rather than going straight into a criticism/discussion about his mis-match between words and body language, I could have eased my way in with the semi-serious question: “Do you have any Bulgarian blood?”

Then the moment I finished my talk one delegate came straight up to ask a personal question – not, sadly about my subject matter of Presentation Skills and Pitching, but what was the meaning of the word ‘taut’. Ironically, the word appeared in a direct quote from a Spanish magician.  I was annoyed with myself, however, because clearly I had failed to run through my script and slides one final time to check for words that may be unfamiliar to those whose first language is not English.

Other things I learned in Bulgaria include: 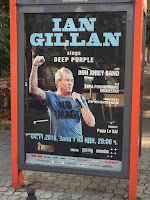 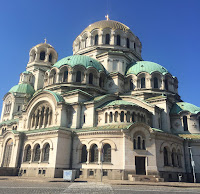 Finally, I visited the grand-looking cathedral opposite my hotel and I was reprimanded for having my hands in my pockets! Again, I was disappointed in myself, because I like to think I am not really a hands-in-pockets person – certainly not when talking to someone. I felt like suggesting perhaps they should focus more on putting away the stray brooms, storing the rolled up carpet more tidily, replacing a lot of broken light bulbs and switching some others on so that we could actually see the artwork on the walls. But I didn’t – I meekly obeyed.

However globalised we become, differences in communication and culture persist and we need to learn, respect and abide by them if we are to engage with different communities.

Posted by Nick Fitzherbert at 16:19