So what is the ‘Starbucks Test’ for business presenters?

I’ve been travelling again – all over America, albeit just across airwaves for a series of radio interviews on Presentation Skills. One question that was asked by everyone from the bushy-tailed breakfast jocks to the rather more intense business commentators was: “What is the Starbucks Test that you apply to your training?”

The Starbucks Test is as follows: You must invest proper time in preparation; you know that but you probably won’t appreciate it fully until you have let yourself down once or twice. So in my training I go a little over the top to make the point. I ask people to imagine they have prepared and rehearsed their presentation very carefully and have arrived with all their equipment and other aids, only to be told: “Very sorry, but all the meeting rooms have been booked, so we’re going to have to do the presentation over the road in Starbucks.” Now, you need to decide whether you are prepared to be messed around like that, but if you could still deliver an engaging and impactful presentation in such conditions, just imagine how good you could be when everything goes exactly to plan! As I say, it’s a little over the top, but only a little – it has happened to me!

Aside from recognising the reality that things will inevitably go wrong from time to time, my Starbucks Rule actually embraces another very important principle of business presentation: if you see a bunch of PowerPoint slides as ‘the presentation’ you are going fail; you are the show, everything else is just support to you and what you are saying. Imagining what you would do if you were suddenly robbed of your aids forces you face up to this. It also helps to underline one of the tips I give to people seeking to pitch an idea or new concept in their presentation: Be sure to give your idea a name. I don’t imagine those American DJs would have been too excited if their briefing on me had said simply: ‘Nick puts great importance on proper preparation’. In contrast, by pitching it as: ‘Nick applies the Starbucks Test to the final stages before making a presentation’ they see images, intrigue and the potential for banter.

So what’s in a name? The power to communicate, that’s what! 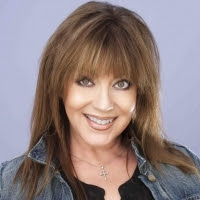 A little footnote: My Starbucks Test has come to the fore as I have gradually and sadly had to retire my favourite story about the benefits of preparation, simply because it happened rather a long time ago. It’s the story of how Queen made intense preparations for their barnstorming performance at Live Aid in 1985. The story, which you can find here was told to me by Lesley-Ann Jones, author of Freddie Mercury: The Definitive Biography. The good news is that Lesley-Ann has just published a new book: Hero: David Bowie. It’s a terrific book and one of the things that makes it so good is that, just as she was there, backstage at Live Aid, Lesley-Ann was also with Bowie at various different stages of his long career. And if you read the story about a sponsorship deal on page 252 I can vouch for that myself – because I was there!
Posted by Nick Fitzherbert at 08:12