Is communicating effectively by phone becoming a ‘lost art’?

I was called recently by a journalist who was concerned that using the phone to sell an idea or product was becoming ‘a lost art’. I agreed that he may be onto something and my take on the topic was that the younger generation seem to be developing a fear of the phone – they prefer to stay behind the protective barrier offered by email and text. They need to understand that different communications methods each have their own strengths, but a phone call can truly establish a two-way dialogue and even a relationship.

This struck a chord with my enquirer because his inspiration had come from a big dose of 1980s excess – he had been to see Wolf on Wall Street and was particularly struck by the lead character’s demonstration of effective phone technique while enjoying cocaine and a range of other pleasures. “Have you got any tips?”, he asked.  “Not like that”, I replied, "but try some of these": 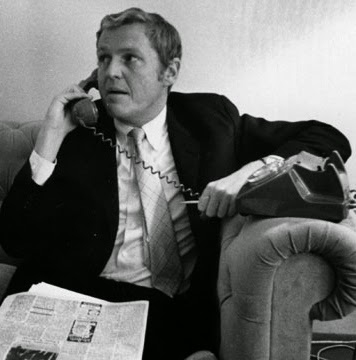 In the old days we had an expression when hiring PR people – ‘he/she gives good phone’. I haven’t heard that for a while – such skills need to be developed and nurtured.

A version of this article appeared in PR Week.
Posted by Nick Fitzherbert at 17:37